Fourteen years ago Liv Runesdatter stumbled across a small collection of old recordings. Hidden on them lay forgotten melodies from a small pietistic laymen’s movement that emerged in eastern Norway in the 1860s, and it marked the start of a passionate affair and study. Since then she has worked on her project Syng hjerte (Sing Heart) and delved even deeper into this rare music tradition. She has studied the songs and the stories behind them. Hours and hours have been spent in archives, pot after pot of coffee brewed in retirement homes, moving conversations and a surrogate grandmother…The Norwegian folk tunes are inseparable from Norwegian roots, tradition and thought. They can be compared to the tradition of Negro Spirituals, a fortifying draught in times of adversity and, in prosperity, an inspiration.

She seeks to let the past and the present melt together. The songs are embellished with life stories and tales, coloured by material from her own musical universe, and inspired from hoarse voices on creaky old recordings, nature, squeaking audiotape players, rooms, shapes, smells, sounds and people. The Norwegian traditional roots are evident, though impulses from other places and traditions can be traced. 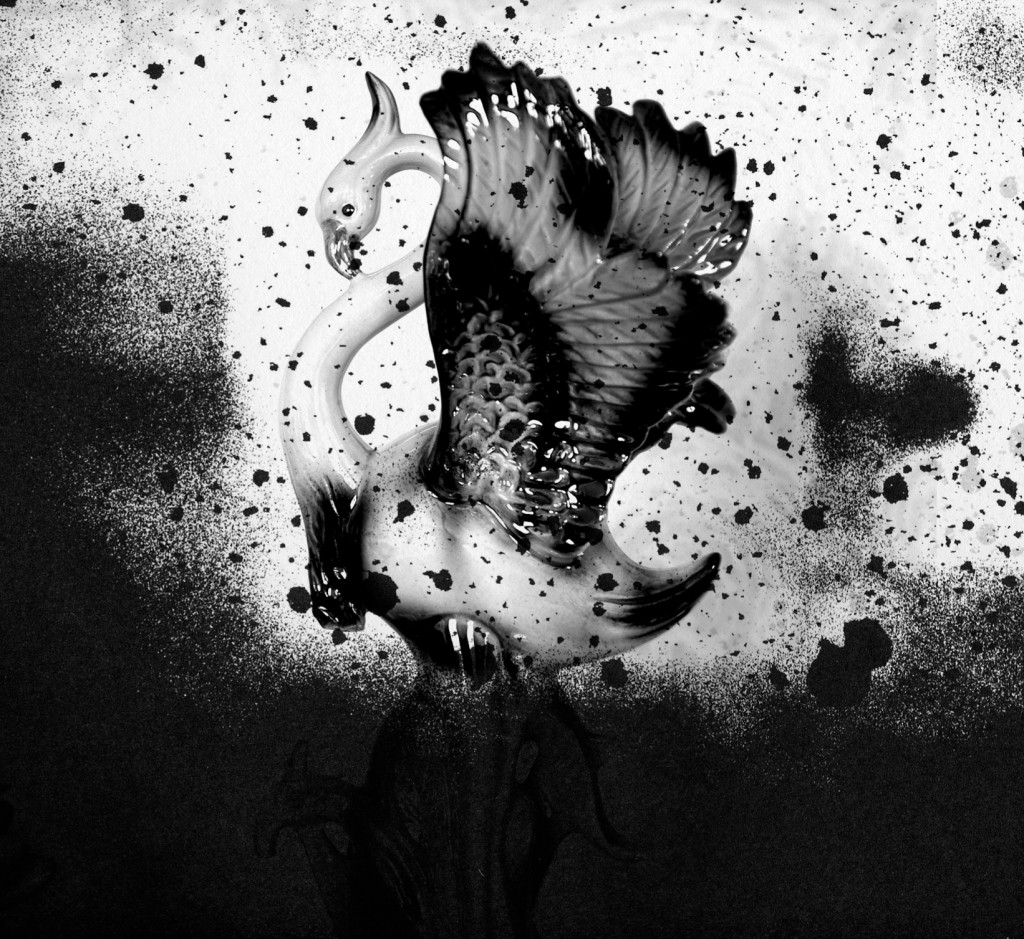 Her solo cd “Syng Hjerte” (Grappa/Galileo) was released in 2008/ 2009 and received outstanding reviews in international newspapers, magazines and radio shows:
The Dutch magazine Folkforum selected Syng Hjerte on their list of «Best international recordings 2009» and writes «What a voice!».
«An important music project,challenging the Norwegian traditional music ﬁeld, both through Runesdatter´s voice performance andthe catchy and untraditional musical choices.» «What we hear is a heartfelt, personal music, with a rarecreative fantasy: Liv Runesdatter, remember her name. A certain voice, encircled by a powerfulensemble of musicians. The sound on the cd is experienced as clear and near, and I immediately recognize small details: crackling, air without sound/delay through the saxophones, a hint of splinteredbowstrokes.. It is blessed, it is cheerful and drifting, and it is heavy and refreshing at the same time. Itis imaginative art!» Kjetil Bjørgan, The Norwegian Broadcast.
«Runesdatter shows to belong to the elite of Norwegianmusic. Although her music breaths the Norwegian air, it also has something modern and unique. Hervoice is warm and has a natural peacefulness. It reminds of the ice cold traditional jazz of JanGarbarek, without being a copy of his style. When Runesdatter sings one of the many psalms on thisalbum, I feel the ancientness of these songs and when she is backed by the Hardingfele, she bringsthe dales of South-Norway to live.» FolkWorld, international music magazine.
«Herrlich mystisch, verdreht, abenteuerlich,verhalten. Runesdatters Stimme ist klar wie ein norwegischer Gebirgsﬂuss. So ein Projekt verdient Aufmerksamkeit. Soultrain, Germany.
«Liv’s voice throughout this recording is breathtakingly gorgeous and hymn-like.Syng Hjerte is both reverently soothing and exotically jarring, and well worth a listen.» Lori Gordon, UK.

With this exhibition Runesdatter (sound installations) and Urdal (photographies) tells stories about love, choice and trust. Whether to carry on a great sorrow one does not share with others. Anonymia is about self-image and others´ gaze. How do we want to be seen? 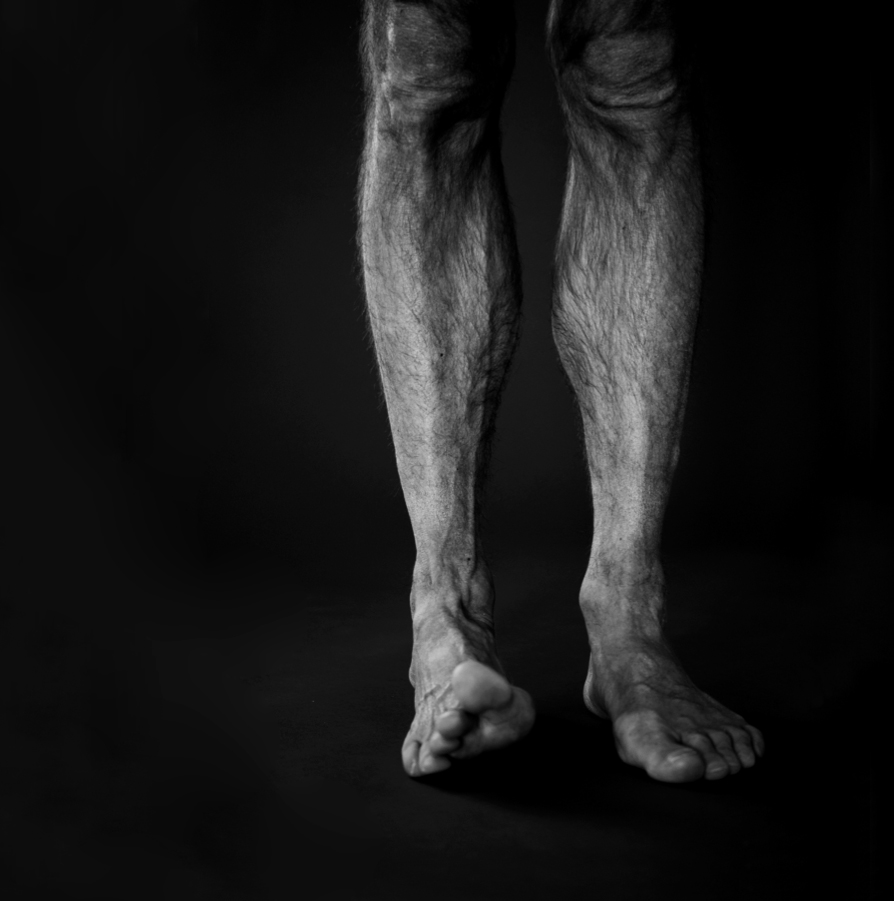 The exhibition tells stories about HIV, one of the greatest disease taboos of today. By studying people with and without this diagnosis the artists want to tell something fundamental about the human: About our need of forming our own identity and the stories about ourselves. To be allowed to obscure those aspects of ourselves that we do not want to be identified with. What conflicts arise when our need to be honest and gain acceptance for our weak and strong sides meet the need we have to protect ourselves and our families? And what happens to our self-confidense when we choose to break society´s taboo?

Ruben Sverre Gjertsen’s (NO) prestigious assignments have already earned him international attention. His work is characterised by a virtuosity on the micro level that distorts expectations as to how instruments and ensembles should sound.

In his new work, Landscape with figures II, the room is used in different ways, musicians and singers are positioned among the audience, and electroacoustic sounds are conveyed via a large loudspeaker setup that fills the room and creates a three-dimensional terrain. 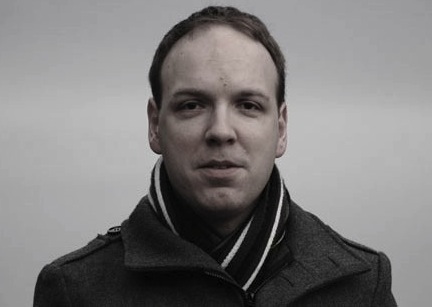 Landscape with figures is written for Song Circus, and is available in to different versions:

In this Norwegian interview Gjertsen speaks about “Landscape with figures” and his approach to composing music: 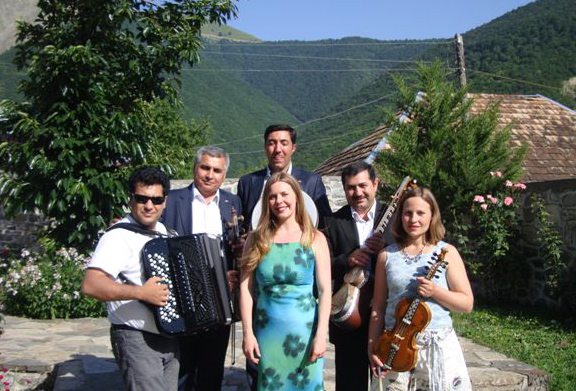 The Mugam tradition and traditional Norwegian folk songs are similar in that they both are vehicles for the perpetuation of the soul of a people. The two traditions have much in common. In terms of musical structure, they are different, but they are brothers in their expressiveness and in their dramatic qualities. Sari Gelin is a famous mugham and the title can be translated as «blond bride». The azeri-armenian story behind the song belongs to a tradition of tragic romance, and can be assembled with the european drama Romeo and Juliet. Mugam is an ancient living tradition and it is with a great sense of fascination and humility, as well as heartfelt respect for its poetry and performers that I embark upon this project.

Mugham orig. Azerbaijan is a tradition of vocal music practiced in Azerbaijan, with variations of different names found over a wide area of the Middle and Far East. Drawing on popular stories and local melodies, it is a highly expressive and narratively complex form of music. Because it is both improvisational and adherent to a highly nuanced set of rules, mugham is difficult to master and notate. Mugham songs are often based on ancient Azerbaijani poetry with recurrent themes of love and mysticism, and performances can last for hours.

A concert project with the intention of performing and showcasing the electro acoustic vocal music of Trevor Wishart. 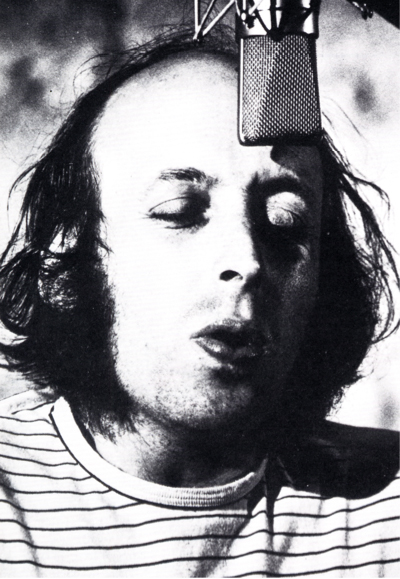 The heart of the concert is the piece “Anticredos” written for 6 voices and multi channel sound design/electronic. The range of the composition is vast, both vocally and aesthetically speaking. The piece had it’s premiere in 1980, and it is based on a very detailed system of sound and notation published in the book “Book of Lost Voices” (1980). One can find this system in almost all of Wishart’s vocal compositions. “Anticredos” is both vocally demanding and musically very complex and for that reason it has been performed only a handful of times. At the same time the music speaks to us all, with it’s fascinating soundscapes and strong contrasts. Song Circus has since April 2009 performed the piece on several occasions, amongst others at the contemporary music festival PGNM in Bremen, which was broadcasted on the radio (Radio Bremen/Nord-Deutsche Rundfunk). Song Circus has also participated on Wishart’s free improvisation program together with The Kitchen Orchestra in Stavanger.

And from “Anticredos” we move towards Wishart’s current electrophonic sound universe. “Encounter in the Republic of Heaven” is a multi channel electro acoustic surround piece where Wishart works with phonemes as a musical phenomena in combination with storytelling. The material is based on recordings of people of all ages, speaking in different dialects and with different individual expressions, freely telling stories. Act 1 of this piece had it’s world premiere in July 2010 and the second act had it’s world premiere in May 2011.

These two pieces combined provide an insight to the development of Wishart’s compositions through the last 30 years, as a pioneer within the electrophonic music and the exploration of the voice as a basis for sound:

How has his approach to language and voice changed? In what way has he evolved as an electrophonic composer? and how have the technical challenges and the development of new electrophonic equipment influenced and affected his music?

Trevor Wishart (UK) (b. 1946) has been a pioneer within electronic music, vocal music and academia since the early seventies. Wishart is currently associated with the Durham University as Arts Council Composer Fellow. Wishart has also developed musical software that has been and still is being used by many electrophonic music performers today.

“Persefone Perseptions is written by the Norwegian composer Ole-Henrik Moe, for five female voices and an orchestra of wine glasses. The piece is a detailed study of vocal sound surfaces and micro tonality.”

Ole-Henrik Moe (1966) has studied violin and composition in Oslo and Paris, as well as biophysics, cognitive science and musicology at the University of Oslo. Moe works as a composer and violinist, and he has made music for concerts, dance, theatre and film. As a violinist Moe has a rather unique technique in his playing, and he works with a great number of genres and expressions – for instance he has cooperated with the Norwegian rock band Motorpsycho and Magne Furuholmen from a-ha. Moe has been awarded prices for his compositions, and in 2007 the Norwegian Grammy Award (Spellemannprisen) was awarded for a recording of his works, Ciacconna / 3 Persephone Perceptions, with the violinist Kari Rønnekleiv. Ole-Henrik Moe was nominated to The Nordic Council Music Prize in 2012.

– a film and sound installation by Eli Glader (film) and Liv Runesdatter (music/ sound) A commition for Sølvberget Gallery, with première under “Kapittel 10”, Stavanger International Festival for Literature and Freedom of Speech, September 2010.

A portrait of asylum seekes in transit. Voices in different languages and dialects are abstracted and intergrated as rythmic, melodic and textural elements along with glass percussion and string instruments. The music is composed as a quadrophony (with four sound sources). The respected journalist Trond Borgen wrote a wonderful review, published in Stavanger Aftenblad: “A quiet humanism: Young asylum seekers waiting in quiet isolation and human dignity (…). A music track appears in the room: a sound composition created by Liv Runesdatter. It s suggestive and helps to reinforce the soft, poetic atmosphere. The result is strong: visually, aesthetically, politically, emotionally.”

This music excerpt is from the opening of the movie: An old white building surrounded by a beautiful green landscape gradually appears on screen. It used to be a sanatorium for mentally ill people, and today it is hosting immigrants applying for asylum. The classic architecture, the clean, white walls and the shape of the building stands in contrast to the people as they slowly appears on the picture…